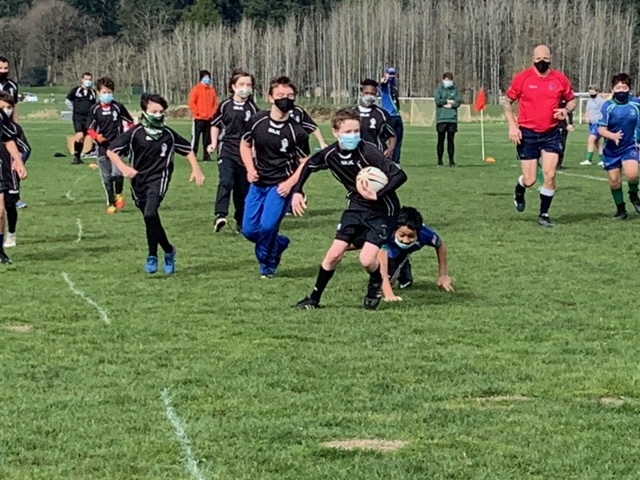 By Coach KarimApril 5, 2021No Comments

Congratulations to all our U10, U12 & U14 players for a great game this Saturday, the first one in over one year!

It’s fair to say everyone had a blast, and it was great to kick-off the season with our partner-club, Liberty. Liberty has been amazing over the past few years, supporting our growth and allowing our players to join them when we didn’t have enough numbers to form a full team.

Our first game is also the opportunity to explain our game-day traditions:

Lending players to the opposing team

Some of you inquired why some of our players joined the opposing team – well, this is part of Rugby culture! When a team can’t field enough players, the opposing team lends them players, because having a great game is what is most important.

On Saturday, several U12 players joined Liberty since they were short in numbers, taking turns at each half so that our lent players could also play with the Panthers.

For the U14 game, Liberty reciprocated as the Panthers were short in numbers. When players play for the opposite team, they are truly part of the team and welcomed as such. It’s an honor and not a burden to play for the other team, and Liberty lent us their best player in the last period of the game.

This great tradition creates friendships beyond the club, with players from all teams connecting into a tightly knit community.

Cheering the other team and the referee

Also as part of our Rugby culture, at the end of each game, we cheer the opposing team and cheer the ref. This is a mark of respect and a way to thank our guests for playing against us, and thanking the ref for officiating. Every player then shakes hands with every player from the other team.

At every game, we share a meal with the other team (we did this observing social distancing of course). The home team is the host and prepares the meal, and waits until the guest team is served before getting served. This social time is key to building camaraderie within the team and with the other teams.

Electing the Player of the Match

There is much more to Rugby culture, such as the Haka, jokes about fly halves hairstyles and countless Rugby songs, so if you’re new to Rugby, look them up or feel free to ask coaches about them!